Showing posts from February, 2020
Show all

Meet Johannes Gottlieb Christaller, The Man Who Translated The Bible Into TWI 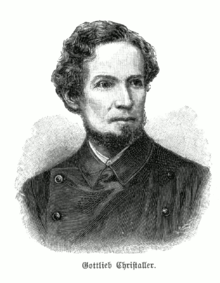 Originally written in Hebrew,  the Holy Bible over the past centuries has been translated into a lot of languages to help in understanding the word of God.
With the  English translated version being the most used Bible version in the world, the Holy book has also been translated into  Ghana's Twi language as Christians in the West African country read and understand the Bible using their and this translation can be attributed to Johannes Gottlieb Christtaller just like some translated versions can be attributed to King James.
According to history,  Christaller, Johannes Gottlieb  (November 19, 1827-December 16, 1895) was a German missionary and philologist with the Basel Mission who made Twi the most important African literary language in what is now Ghana.With the help of two African colleagues,, he translated the Bible into Twi.
He was born in the small town of Winnenden, near Stuttgart, in Germany in 1827. His father was a tailor of modest means who was interested in books …
Post a Comment
Read more 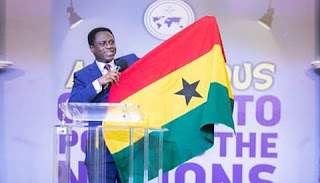 Funded by the headquarters of the Church Of Pentecost, the Pentecost Hospital in Ayanfuri in the Central Region of Ghana saw the construction of an ultra-modern surgical theatre that will help patients in the Ayanfuri area and it's environs.
Constructed at a cost of GHC271,000, the the theatre since it's opening in December of 2019 has had 48 surgeries have been successfully performed in the facility so far.
Sharing the good news to it's numerous members on social media, the official instagram platform of the Church Of Pentecost, @thecophqofficial in a post wrote; " Due to the absence of a surgical theatre, patients in the Ayanfuri area and environs who needed surgeries had to travel to Cape Coast or Tarkwa to seek medical attention.  In some instances, emergency cases that could have easily been handled by the hospital were referred to other facilities at the detriment of the patients.
Pentecost Hospital, Ayanfuri has, therefore, set up an ultra-modern surgical th…
Post a Comment
Read more
More posts