EXCLUSIVE ! : These 13 Songs Are On Akesse Brempong's Upcoming HEAL OUR LAND Album 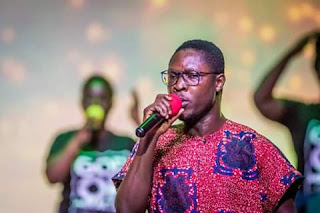 Since the release of his 'Songs In The Night' album in 2014 and 'West Hills Live' album in 2017, celebrated Ghanaian gospel minister and reggae singer, Akesse Brempong  has churned out great and powerful gospel and reggae songs that has impacted lives across the world.

With songs like Crazy Love, Roar, God is working, Bongo Worship Medley and many others becoming favorite or preferred songs of music lovers, Akesse Brempong together with his 'Tribe Of Judah' team is set to tell the 'Tale Of Two Cities', in the next album of the No Weed singer next album titled, HEAL OUR LAND. 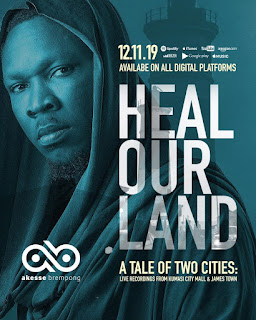 Heal Our Land,  a 13 track album recorded at the 2017 and 2018 editions of Akesse Brempong annual outdoor event 'Agape Carnival' which took place at the Kumasi City Mall in Kumasi and the Mantse Agboona in Accra respectively has worship, reggae, afropop songs and hymns that features some wonderful men and women of God.

Expected to be released on 12-11-19 on all music streaming platforms both locally and internationally, the Heal Our Land album by Akesse Brempong has already released songs like Spontaneous Worship, No Weed and HOSANNA TO THE KING. 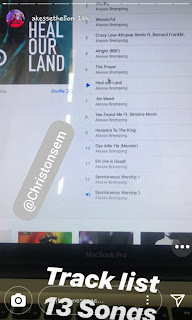 Follow Akesse Brempong for more details on how to get a copy of the Heal Our Land album on all via ( @akessethelion ) or follow Christonsem for more updates on Akesse Brempong's third album and relevant and positive information on the things about the kingdom of God.