Sonnie Badu Writes: When I Started Ministry, 85% Of The Awards Ceremonies Were Bias. 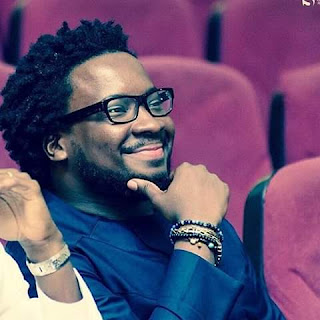 Celebrated Ghanaian singer and preacher Dr. Sonnie Badu has revealed why he is no longer interested in awards schemes.

In a post seen by Christonsem on the leader of the Rock Hill Church's social media platform, the honorary doctorate holder and 'I hail You ' singer said he decided to stop fighting for votes when he discovered that that 85 percent of the awardsceremonies were bias and will give the award to another person if you can't make it to the ceremony.

According to the USA-based minister and preacher, he decided Sonnie Badu, his prayers changed to 'God please honor me' from that time and and has made history with him.

Sharing this after receiving a key from the authorities of Washington D.C., the Ghanaian added that he is planning on organising his own gospel awards scheme very soon. One he believes will be free and fair.. 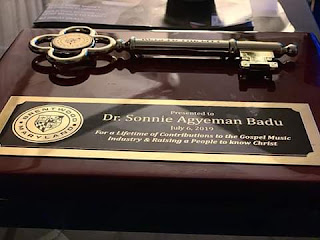 Dr. Sonnie Badu Ph.D Wrote;
"  When I started ministries I use to fight for votes until I discovered that 85 percent of the awards ceremonies were bias. Most of the organizers will invite you and if you can’t make it, they change and give the awards to those who can make it in order to make their event look grand.
I changed my prayers to GOD PLS HONOR ME ....
The rest is now history ..
This second keys means a lot to me because it was given you me at the historical #darconstitutionhall ...
With this in mind I want to start a free and fair GOSPEL MUSIC AWARDS ..
It’s going to be grand and prestigious. Once again thank you to my daughter @coachmohair and the vice mayor of #BrentwoodMaryland for this honor ... "

Sonnie Badu is known for songs like, 'Baba', 'Okokroko', and renditions of some popular hymns and songs.
"CLICK HERE TO JOIN OUR WHATSAPP GROUP "