Prophet Badu Kobi's "I SENTENCE YOU TO FINANCIAL EMBARRASSMENT", A Curse Or Blessing? 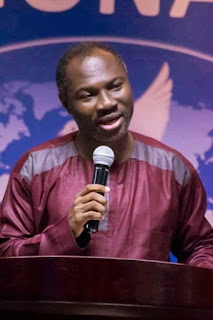 Prophet Emmanuel Badu Kobi, the head Pastor of Glorious Wave International Church on 3rd May, 2019 celebrated his birthday by doing alot of things including a birthday party at the auditorium of his church in Accra.

The party which saw great men and women of God like Archbishop elect Elisha Salifu Amoako, Rev. Obofour of the A.P.C also saw some famous personalities who graced the event with their presence.

The benevolent Prophet Badu Kobi who is noted for giving out cars on the day gave out alot of gifts worth millions of Ghana cedis to the people at the party which had enough of food and drinks to eat and drink.
CLICK HERE TO JOIN OUR WHATSAPP GROUP
The man of God at the tail end of the party went into his prophetic element where he made alot of prophetic declaration and one of the declaration sounded very controversial.

"I SENTENCE YOU TO FINANCIAL EMBARRASSMENT ".

As explained by the Longman Dictionary Of Contemporary English, "financial embarrassment is the debts or a lack of money that causes problems for someone" meaning that the leader of the Glorious Wave International Church on his birthday prophetically declared poverty on people at his birthday party?

Just like the days of Essau who received curses from Isaac after insisting his father bless him, one may ask that did the people at the party insist Prophet Emmanuel Badu Kobi make prophetic declaration leading the man of God to declare a very controversial declaration that can also be described as a curse.