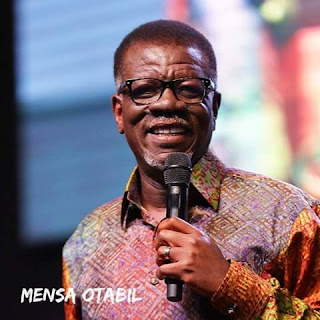 Online readers came to a stand still when  Ghana's most reputable news portal,  Ghanaweb published a story of the founder and leader the International Central Gospel Church  (ICGC), Dr Mensa Otabil describing some scriptures in the Holy Bible of Christians as Stupid and senseless.

In a clarification release signed for Mrs Morris Appiah, the General Secretary of the church, ICGC has described the reportage by Ghanaweb and one browngh.com as a misrepresentation of the sermon which was televised on 26th May, 2019 by the man of God who is regarded as one of the most respected men of God in Ghana and beyond. 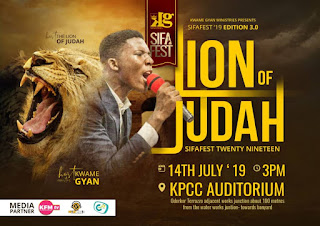 The release however continue to explain some of the points raised by Dr. Mensa Otabil in his sermon and went on to rehash the church's position that it's founder and leader did not describe some scriptures in the Holy Bible as "Stupid and senseless".

Below is the full content of the release by the International Central Gospel Church on the issue of Dr. Mensa Otabil referring to some scriptures in the Holy Bible as "Stupid and senseless";
CLICK HERE TO JOIN OUR WHATSAPP GROUP 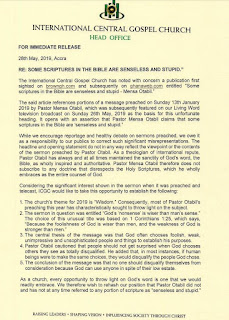 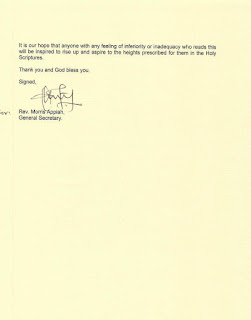